Known as one of Bali's most important ancient masterpieces, Bat Cave Temple or Pura Goa Lawah is a popular tourist attraction that has been wowing travellers for decades. Located one hours drive north east of Denpasar, Bat Cave temple is situated next to a unique black sand beach and is easily accessible right off the main road that leads to eastern Bali. A peaceful place of worship and amazing sightseeing spot, Bat Cave temple is a must visit in Bali. Established by Mpu Kuturan, a priest who laid the early foundations of Hinduism in Bali in the 11th century, the expansive temple complex is built around the entrance to a cave which, not surprisingly, is home to thousands of bats. The entrance is marked by two giant banyan trees which tower majestically beside the main walkway. Bat Cave Temple and its surrounding complex are steeped in ancient mythology and is a place where worshipers lay cultural offerings such as fruit and flowers. There is also a stunning antique shrine at the centre of the courtyard displaying dragon motifs which, according to Balinese culture, are said to keep the universe in balance.

Balinese culture revolves around spirits and mythology, which are intrinsically intertwined with their history. According to ancient legend, the cave has a pathway that leads all the way up to the Besakih temple in the north, nestled at the foot of Mount Agung. It’s said that a Mengwi prince discovered the pathway when he took refuge in the cave to hide from his enemies.

Hindus in Bali celebrate piodalan, the anniversary of their temples, which is based on the 210 day Balinese cycle calendar. To visit important temples such as Bat Cave Temple during piodalan is an amazing experience, so be sure to check if the anniversary is scheduled while you are visiting.

Mornings are a great time to visit Bat Cave Temple as this will give you the opportunity to witness the many locals who come here for their morning prayer. Afternoons are also a lovely time to visit as the weather is a little cooler and you can take advantage of the shady spots beneath the trees. Bat Cave temple is open daily and costs 5,000 Rupiah (AU50c) entry plus mandatory rental of a sarong to show modesty and respect to priests and local worshipers. 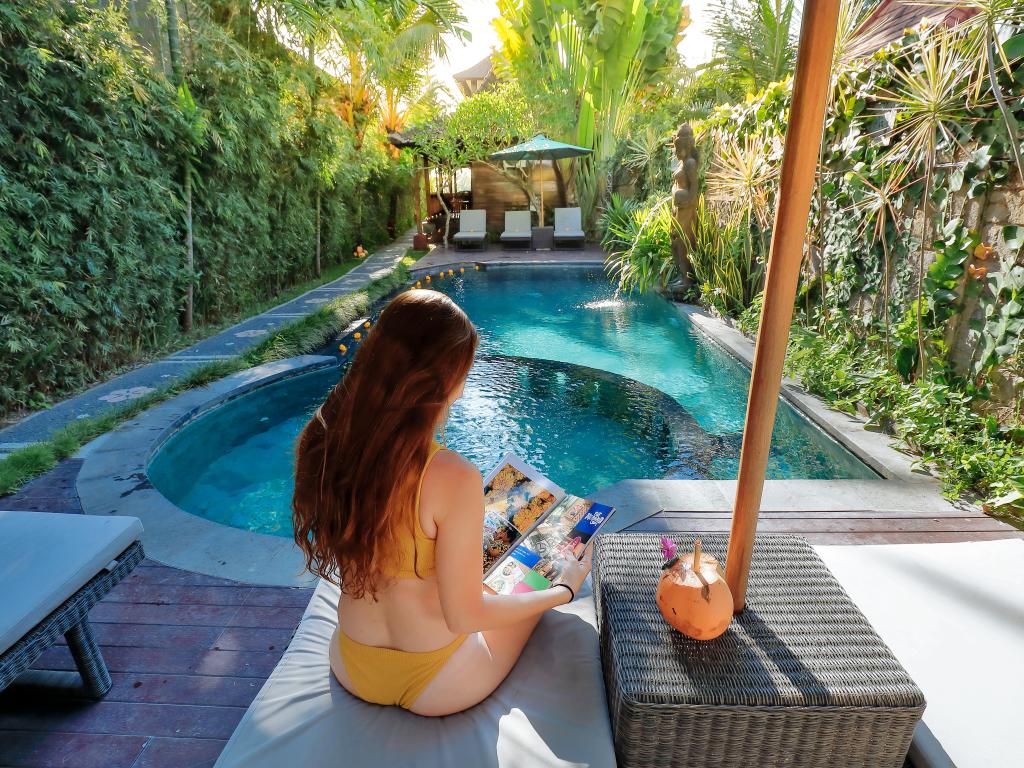