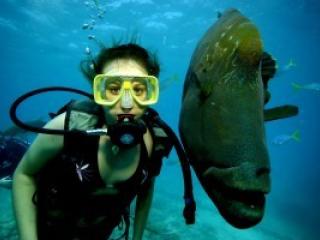 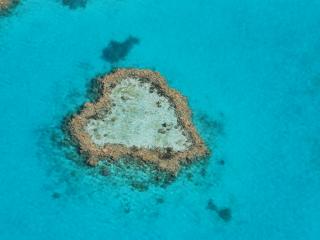 Ribbon Reefs: Formed on the continental shelf of the northern Great Barrier Reef, this popular site features 10 Ribbon Reefs in total. These distinct reefs are an unbroken barrier with passages between them and are home to the Pixie Pinnacle, Challenger Bay, Temple of Doom, Dynamite Pass and Cod Hole dive sites. Cod Hole is one of the most well-known dive locations on the Ribbon Reefs and is so called for the large groups of huge potato cod that call it home.

Osprey Reef: One of the most amazing dive sites in the Great Barrier Reef if not the world, Osprey Reef boasts unique soft coral and plenty of diverse shark activity. The Western Wall is home to huge soft coral trees and a fantastic range of pelagic including dogtooth tuna, mackerel, rainbow runners, crabs, octopus, sleeping fish and pleurobranch. North Horn is where all the shark action is at with a resident white tip reef shark population and a long history as a shark feeding site. The underwater amphitheatre is the perfect vantage point to spot silvertips, grey reef sharks, morays and potato cod and to watch the sharks feed.

Hardy Reef: A popular 'patch reef' diving destination on the Great Barrier Reef, Hardy Reef is most famous as the home to the exciting Reefworld pontoon offering guided snorkelling and dives as well as overnight stays. The 70m reef wall attracts divers with its diverse mix of hard and soft corals as well as friendly and inquisitive marine life including tusk fish, fusiliers, sergeant majors and surgeon fish.

Wheeler Reef: Perched on a continental shelf drop off, this platform reef is a perfect circle and the perfect example of marine biodiversity. There is plenty to explore including isolated bommies, crevasses, spectacular plate formations, soft corals, branching corals and more. There's also a huge variety of marine life including a variety of ray species, garden eels, huge grouper, giant sweetlip, coral trout, angelfish, snapper, trevally, giant barracuda and reef sharks. Wheeler Reef is considered one of the best reefs for night dives.

Yongala Wreck: The huge range of marine life make the SS Yongala Wreck one of the top dive sites in the world and one of Australia's best. At 110m long, Yongala is one of the best preserved historic shipwrecks after sinking in 1011. The ship is now home to giant groupers, schools of trevally, cobia, queenfish, clownfish, barracuda, eagle rays, sea snakes and turtles.

The Wedge: Named after its wide sandy floor and surrounding coral walls, The Wedge offers a maximum depth increasing towards the continental shelf. Visibility is good and divers are able to go from wall to wall spotting the resident marine life including large stingrays and sharks. In stronger currents, The Wedge is ideal for drift diving where divers can cruise along the walls until the 50 bar limit pops you to the surface.

Split Bommie: A large bommie split into two circular formations creates this special shallow wall dive for beginners or experienced divers. The stunning fan corals emerge from the wall and hide small fish while the many cracks and crevices in the walls can often conceal lobsters. With the most impressive range of marine life found within 10 metres, Spilt Bommie is popular with beginners or those wanting to relax.

Caves: Made up of a number of mini caves along a coral wall, Caves is a shark resting ground where bommie meets the seabed. Scan the seabed for black and white tip reef sharks of check the alcoves and crevices for spotted moray eels. The shallow waters of this dive site are ideal for inexperienced divers while more experienced divers will enjoy the buoyancy test of an interesting variety of plant and marine life in a mere 6m of water.

Bait Reef: Renowned as one of the Great Barrier Reef's most spectacular dive locations, Bait Reef is an oasis of colourful corals, manta rays, turtles and a wide variety of marine life. The underwater canyons, dramatic walls, coral gardens and swim throughs offer a diverse range of territory to explore. Snorkellers are also welcome here thanks to shallow gardens at the top of the reef. Stepping Stones is a popular attraction with experienced divers offering a myriad of canyons and walls.