Hawaiian culture is an ancient blend of ethnic influences and unique tradition. Part of what makes the islands of Hawaii so special is the culture, a big drawcard to this South Pacific holiday destination. Much more than spectacular sunsets, beautiful beaches and wordclass surfing, the Hawaiian culture influences everything from language and religion to fashion and cuisine. Below are some of the most fascinating facts about Hawaii’s culture. 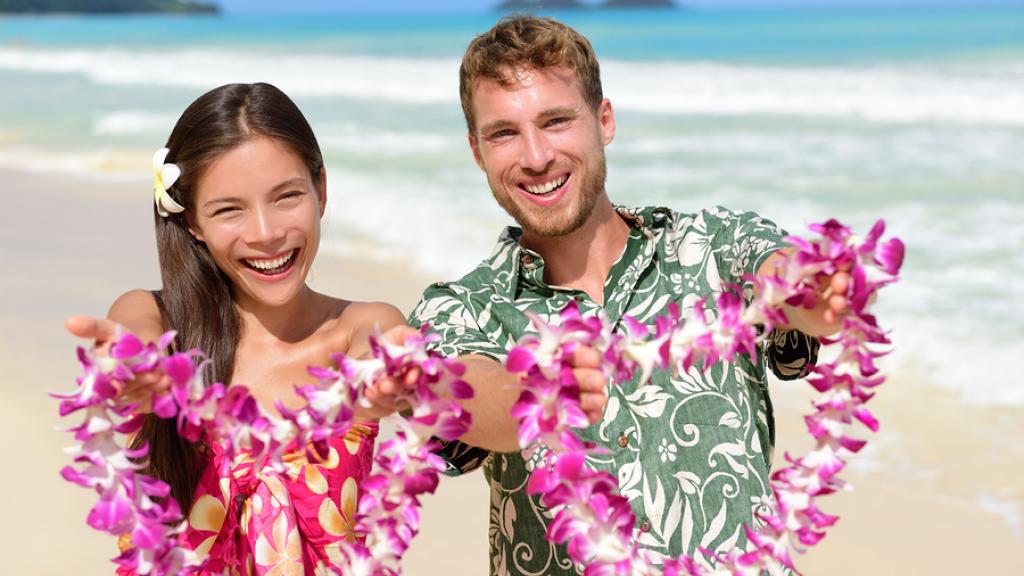 One of the most well-known customs of the Hawaii culture is the gifting of the lei. Presented as a welcome gesture or to mark special occasions, a flower lei is an offer of friendship and should only be removed in private. Leis range from simple one-strand flower strings to large and elaborate garlands featuring tuberose, orchids and other floral blooms for important occasions.

The hula is another Hawaiian cultural icon and features colourful costumes and grass skirts, graceful hand movements and the signature swaying hips. Originally a male-only dance, the hula is now an expression of happiness and fun that can be performed by both men and women. The ancient form of the hula known as hula kahiko is accompanied by percussion and storytelling and is featured in ceremonies or for religious reasons. Costumes are far more colourful in this version and piano guitars or ukuleles provide a rhythm.

Music is an important part of Hawaiian culture and has evolved from primal drumbeats to a chorus of chanting voices and more recently, into contemporary adaptions by today's genre-spanning artists. These include hapa-haole (a type of music that marries English lyrics with Hawaiian melodies), kolohe (a type of hula renowned for being naughty or a tease), chalangalang, jawaiian, luau and more.

Hawaiian culture is based around age-old legends and superstitions, ranging from traditional gods and goddesses like Maui (a demi-god who pulled up the island from the sea bed), Pele (a wicked and deceptive volcano goddess) and her sister Poliahu (a snow god). Creation stories (such as the legend of Kumulipo) and superstitions (like those which regard rain and rainbows as a blessing from the gods or consider wearing a lei while pregnant to bring bad luck) are also widespread throughout the culture. A modern legend claims that it is bad luck to take lava rocks from a volcano. Reportedly the Hawaii Volcanoes National Park often receives rocks in the mail from across the world, supposedly from those who visited the island and took lava rocks home, only to be plagued by bad luck.