Cape York is one of the most picturesque natural environments in North Queensland home to pristine beaches, ancient aboriginal culture, lush rainforest and iconic Australian outback landscapes. Relatively undeveloped, this amazing wilderness region truly is where the rainforest meets the sea.

Encompassing Cape York, Cooktown and Cape Tribulation, the unique ecosystems and countryside of this unbelievable region offers the experience of a lifetime as you discover the wet tropics, Coral Sea, World Heritage listed Daintree and the winding coastal roads.

Steeped in an ancient and still strong Aboriginal and Torres Strait Islander culture, the Cape York Peninsula is a stunning environmental marvel home to some of the largest prehistoric rock paintings in the world. A remote but striking holiday destination, the best time to visit Cape York is from April to October.

During the wet season (December to April) road can end up under water and cut off from entry. Despite its isolated location, Cape York is home to settlements such as Laura, Coen, Weipa and Bamaga which feature modern comforts such as general stores, post offices, airstrips, hospitals and tourist accommodation.

Named after Captain Cook's visit in 1770, Cooktown is a small town that continues to grow in popularity year after year. A hub for eco-tourism, it can be accessed via Cairns Airport or 4WD via the Peninsula Development Road or Bloomfield Track.

Home to spectacular beaches, a golf club, impressive cliffs and iconic Coloured Sands, Cooktown is also known for its excellent fishing charters, National Parks and as home of the saltwater crocodile. A range of accommodation is available including hotels and resorts, campsites and caravan parks.

Cape Tribulation sits approximately two and a half hours' north of Cairns and is the gateway to adventure in Cape York. With no real 'town' as such, Cape Trib, as it is affectionately known, is a National Park. Despite this, there are plenty of the comforts of home including camping areas, camper vans, resorts, luxury eco-accommodation, general stores and a pharmacy however all substantial purchases are required before leaving the major towns.

There are a great range of 4WD and nature tours and during the wet season, from November to May, 4WDs are the only way to access Cape Tribulation and Cape York. 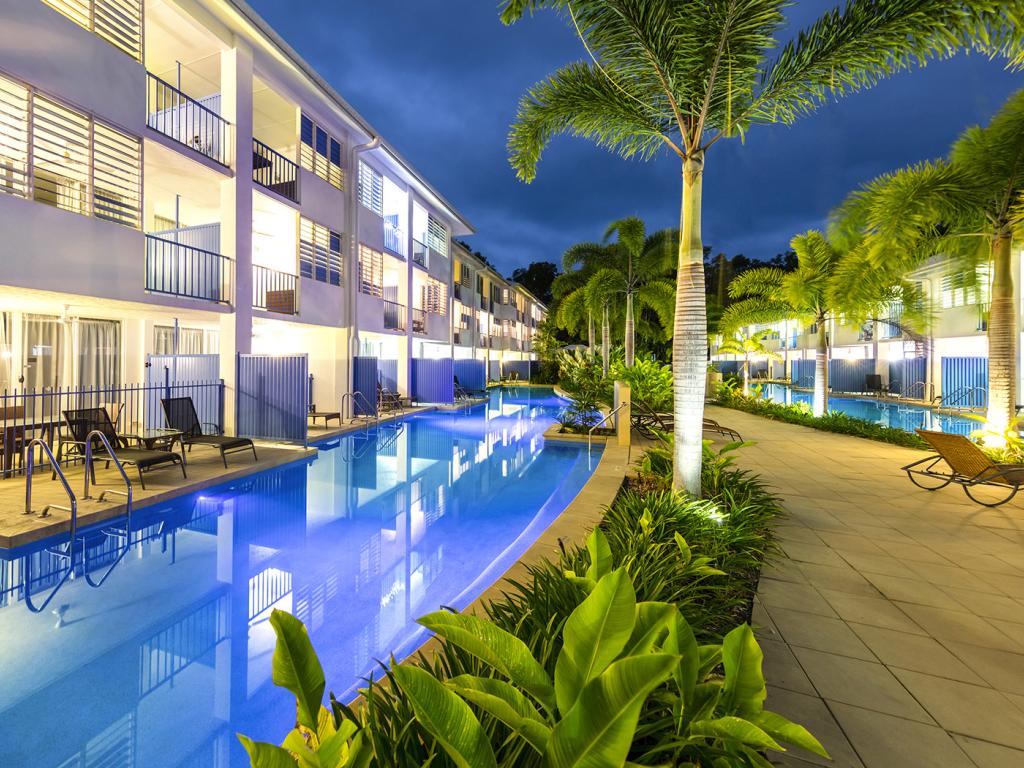