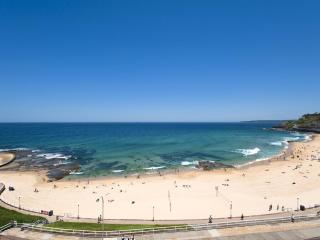 Some of the most popular Newcastle attractions revolve around the region's beautiful location and stunning natural environment. Set on the banks of the mouth of the Hunter River in the scenic Hunter Valley region, Newcastle is also home to a number of landmarks and historical attractions. Boasting a number of wonderful beaches, water activities like swimming, surfing, kite surfing are always popular while the city's heritage architecture, maritime centre, Fort Scratchley and the Christ Church Cathedral are also popular attractions for soaking up the local culture and history. The ocean baths are perhaps one of the most famous Newcastle attractions, while visitors also enjoy the region's many parks and gardens including the foreshore, King Edward Park, Blackbutt Reserve, Mt Sugarloaf lookout and the Hunter Wetlands Centre.

The Christ Church Cathedral is a historical landmark which offers some of the best views of the Newcastle and its beaches from the top and entry is only a small fee, making it a popular attraction with visitors. Similarly, the Queen's Wharf Tower also offers great views and is an iconic symbol in the Newcastle skyline. The city itself features notable heritage architecture including the Bolton St courthouse, Newcastle railway station, Post Office on the corner of Bolton and Hunter St and the former Customs House. However Nobbys Head is perhaps that most recognised Newcastle landmark, connecting the island and Nobbys Head Beach to the mainland by a 1846 convict-built pier offering views of Stockton Beach and the harbour.

The historic site of Fort Scratchley is also home to a military museum which commemorates the 1942 defence of a shelling attack by a Japanese submarine. The fort now offers an insight into the fascinating local military history as well as great views over the city and further north. The Maritime Centre, Newcastle Region Art Gallery and Police Museum and John Paynter Gallery of the Lock Up Cultural Centre are all also worth a visit. To combine local history with leisurely water activities, you can't go past a visit to the iconic Newcastle Ocean Baths. Opened in 1922, these historic baths are close to the city centre and perfect for a relaxing dip. The nearby Merewether Ocean Baths are the southern hemisphere's largest ocean baths complex while the Bogey Hole at the bottom of King Edward Park is an ocean pool carved by convicts out of rock.

Other popular Newcastle attractions include beautiful beaches such as Bar Beach, Redhead Beach and Nobbys Beach as well as natural attractions such as local parks and gardens including the foreshore, King Edward Park, Mt Sugarloaf lookout, Hunter Wetlands Centre and Blackbutt Reserve.