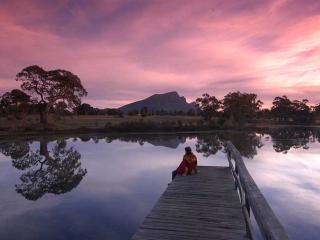 The state of Victoria is home to some of Australia's most well-known attractions including the Great Ocean Road, Mornington Peninsula, the wine country of the Yarra Valley and the incredible penguin population of Phillip Island. The capital city of Victoria, Melbourne, is one of the most popular cities in Australia and is home to the primary airports for Victoria. Cheap flights to Victoria operate out of most major Australian cities, increasing its popularity for a holiday. Victoria is home to two airports, the larger international airport being the main arrival point for cheap flights to Victoria.

The main airport that flights to Victoria arrive at is known as the Tullamarine Airport or is sometimes also called Melbourne Airport. However, there another airport in Victoria known as the Avalon Airport however it is located a lot further out of the city. For visitors wanting quick and easy access to Melbourne's CBD and other inner city locations, flights to Tullamarine Airport will put you within minutes of attractions such as the Melbourne Cricket Ground, Federation Square, Crown Casino Entertainment Complex and Flinders Station.