Largely due to Australia’s weakening dollar, thriving indigenous tourism industry and incredible World Heritage listed areas on offer, traveller bible Lonely Planet has included Australia in its list of top holiday destinations based on its value, topicality, excitement and X-factor.

Although acknowledging our geographic remoteness in terms of the rest of the world, Lonely Planet assures readers that the long haul flight to Australia is ’24 hours well spent’. It seems they mean that literally, with the accompanying blurb informing overseas visitors that the weak Australian dollar means ‘anything you spend here this year will be value for money.’

Lonely Planet also noted falling petrol prices as a plus, perfectly positioning visitors for their ‘Great Australian Road Trip’. Not surprisingly, Tourism Australia is incredibly pleased with the recognition of Australia as a popular holiday destination, particularly with the mention of indigenous tourism experiences, which the tourism body has been working hard to highlight. Also receiving recognition were Western Australia, Fremantle and Melbourne, with their inclusions on the highly anticipated ‘Best in Travel’ lists. Western Australia came in at number 10 on the list of Best Value destinations due to the devalued Australian dollar, however Lonely Planet also recognised the ‘dreamlike landscapes’ of WA as being well and truly back on the map after the region’s recent mining boom.

The Western Australian harbour city of Fremantle also made the list of Top Ten Cities for 2016, while Victoria’s capital Melbourne came in as the fourth Most Accessible City in the world thanks to its excellent public transport system.

Drawn from hundreds of nominations submitted by travellers, bloggers and Lonely Planet staff, an in-house panel of experts then refined these suggestions to form the Best in Travel recommendations. Australia’s success this year is a far cry from the single mention received last year, with Tasmania getting the only Australian mention in the Top Ten Regions for 2015.

Australia’s inclusion in many of the recommendations by Lonely Planet for 2016 is set to deliver strong national and international growth in visitors downunder. 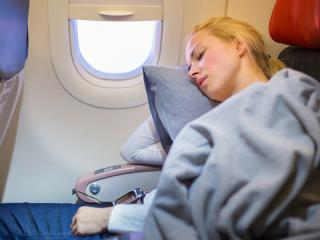