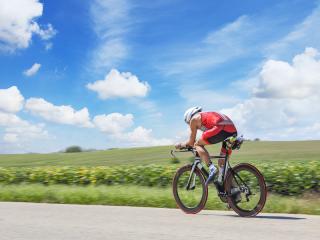 The Subaru Noosa Triathlon is part of the Noosa Triathlon Multi Sports Festival that attracts over 8,500 competitors to the beautiful surrounds of Noosa. The festival is five days of cycling, swimming and running events. The Noosa Triathlon incorporates a 1500m swim in a protected canal, a 40km cycle over an undulating road course and a 10km run through Noosa Sound finishing back at the Noosa Heads Lions Triathlon Park. Competitors can do the whole event or do one section as part of a team. It is the largest, oldest and highest profile triathlon event in Australia. The event began in 1983 and has become an unparalleled international Multi Sport and entertainment event.

The Noosa Sport & Lifestyle Expo will run during October and display the latest in sports innovation. There will be a number of nutrition exhibitors along with bike and sportswear exhibitors.