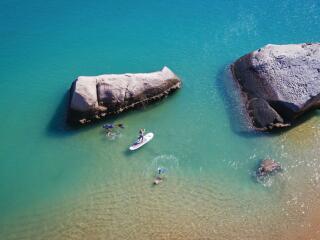 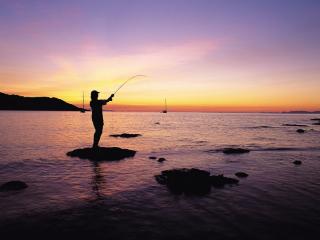 Located in Cleveland Bay, 8 km off the Queensland coast of Townsville, 54% of Magnetic Island is made of National Park and is a haven for wildlife including koalas and native Bush Stone curlews.

Transport to Magnetic Island is via passenger ferry, car/passenger ferry or water taxi and services run between 6 and 14 return trips daily depending on your vessel of choice. Ferries depart Townsville Breakwater and arrive at Nelly Bar Harbour however there are a number of populated bays to visit as well as tourist attractions including the iconic WWII forts.

Magnetic Island gets its name from the supposed 'magnetic' effect it had on Captain Cook's ships compass as he sailed Australia's east coast in 1770. However despite extensive exploration and experimentation, the only magnetic effect discovered on the island is the one it has on tourists.

Nelly Bay
The arrival point on Magnetic Island, Nelly Bay is a charming village home to the Magnetic harbour precinct which comprises of the island's new barge and ferry terminal.

Arcadia
More of a residential area, Arcadia also boasts the island's best beaches at Alma and Geoffrey Bay as well as Turnbull mansion and Centaur Guest House, a WWII house built in tribute to the hospital ship.