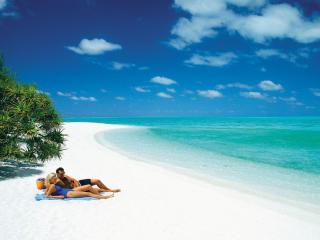 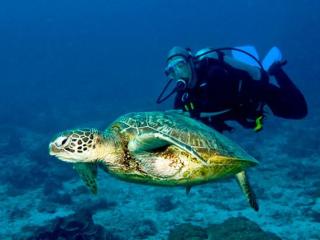 Gladstone has so many natural attractions that's its almost too hard to name them all. There are nearly 12 national parks in the region and many of them allow campers. Parks like Curtis Island, Deepwater National Park, Broadwater Conservation Park and the Island in the Capricorn Cays National Park.

Further out the Islands of Lady Musgrave Island, Wilson Island and Heron Island are a major attraction for tourists with unbelievable amounts of wildlife, crystal clear waters and colourful reefs teeming with reef fish of all sizes. Continue heading south to Lady Elliot Island, one of the top dive sites in the world.

Gladstone Harbour is your gateway to the reef with spectacular fishing and boating in nearly every direction. Start your fishing at the harbour with cod, jewfish, flathead and bream the likely catch. Near the Gladstone Power Station barramundi love the warmer waters and are mainly caught with lures. The beaches offer good fishing but watch out for stingers over summer. There are several good fishing charters that depart from Gladstone.

Half an hour's drive from Gladstone is Lake Awoonga, abounding in birdlife and an attraction in its own right. 225 different species of bird can be found in the area which is over a quarter of Australia's bird species. The Lake is also a good spot for swimming and walking with plenty barbeques and a caravan park also. This is a great spot for fishing as over 2 million barra have been let loose in to the dam.

There are a couple of events to look out for as well. Around Easter the region celebrates the Gladstone Harbour Festival which is a gathering devoted to seafood and entertainment, with a fair and fireworks to entice a crowd.