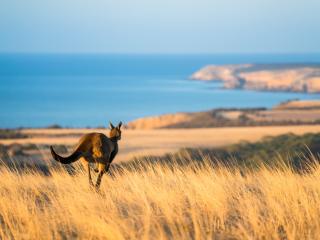 South Australia is home to a variety of regions and holiday destinations including Australia's iconic Murray River, the beachside city of Glenelg, the famous gourmet produce and wine country of the Barossa Valley and the capital city of Adelaide, home to diverse culture, festivals, popular sporting events, beachside lifestyle and a café and foodie culture. Cheap flights to South Australia are offered by a number of airlines from most major Australian cities, making it popular place to visit. The capital city of South Australia, Adelaide, is home to the state's primary airport which is renowned as the gateway to the rest of the state.