Adelaide is the capital of South Australia and is the fifth largest city in Australia. Cheap flights to Adelaide operate out of most major Australian cities and make Adelaide holidays both convenient and inexpensive. Situated between the Mount Lofty Ranges and Gulf St Vincent north of the Fleurieu Peninsula, Adelaide stretches for 20km along the foothills of the coast and is south of Sellicks Beach and 90km north of Gawler. Renowned for its café culture, melting pot of international influences and beautiful long beachfronts, Adelaide is also a highly acclaimed wine region producing famous wines from the Barossa Valley. Adelaide is also home to a sizeable international airport that sees flights to Adelaide arriving from far and wide. Flights to Adelaide arrive at Terminal 1, or 'T1' as it is affectionately known, at Adelaide Airport's combined international and domestic terminal. Conveniently located just 15 minutes from the city centre, there are a number of private transport, taxis, hire cars and public transport options from the airport that out you right in the heart of the action of the city in just minutes. 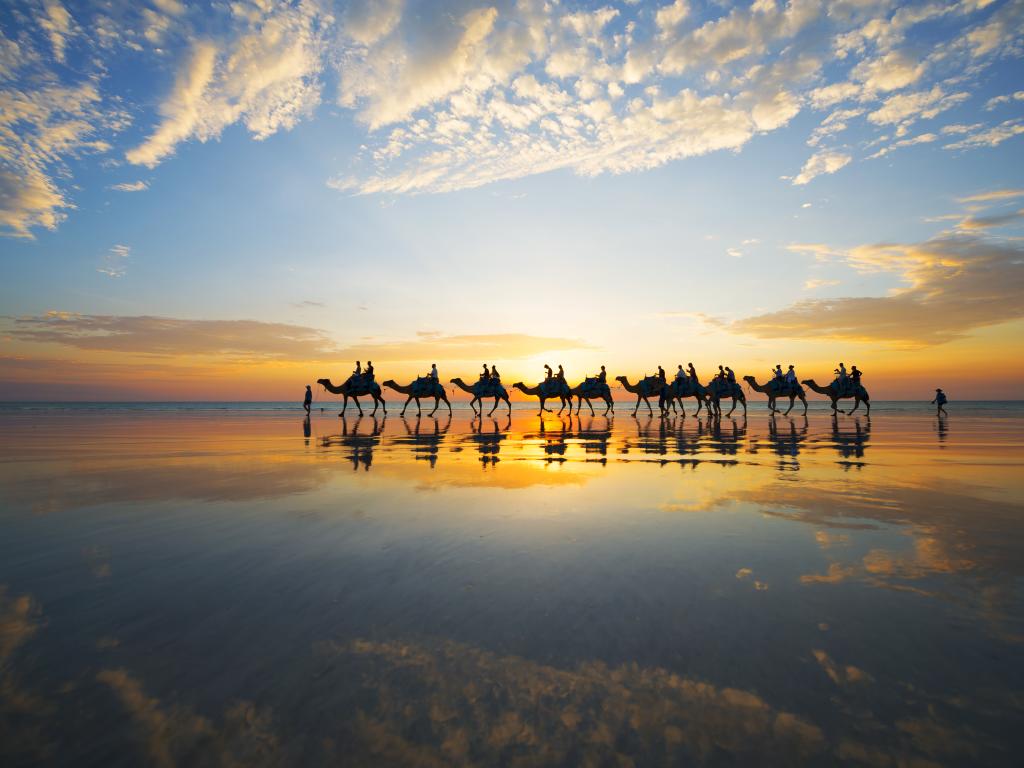