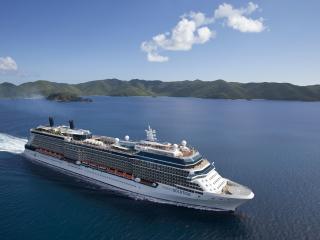 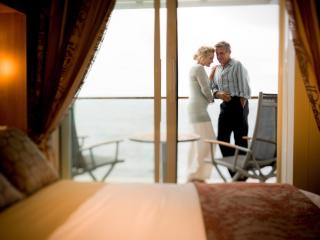 Departing Sydney, Fremantle and Auckland, Celebrity Solstice was the largest cruise ship to ever be built in Germany when launched in 2008. Although she was overtaken in 2010, Celebrity Solstice still boasts some impressive statistics including a length of 315m, a gross tonnage of 121,878 GT, a maximum speed of 24 knots and a maximum passenger capacity of 2,850. Not to mention, 19 decks of outstanding on-board facilities and activities including The Canyon Ranch Spa, Broadway Shows, Fortunes Casino and so much more.

Celebrity Solstice’s biggest draw card apart from its impeccable service and culinary options is the Lawn Club, a patch of real grass, a half-acre in size perched on the top deck of the ship providing guests with a quiet, country-club atmosphere. Guests can take a little picnic, putt around some golf balls or play croquet or marvel at the only Hot Glass Show at Sea.